Home » Investor News » One Big Economy on the Brink; Two Others Already Over the Cliff

One Big Economy on the Brink; Two Others Already Over the Cliff 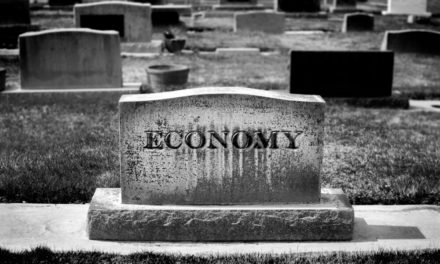 With the U.S. economy so strong, you’d think it would pull up the rest of the world. But you’d think wrong.

I count at least one important economy on the brink of collapse and two others already over the cliff.

Its yearly inflation rate has skyrocketed to a whopping 24.5 percent, the worst in 15 years.

But that’s actually slow in comparison to the most recent one-month explosion in consumer prices — up at an annual pace of more than 75 percent!

Turkish monetary authorities have only Faustian choices: Either crazy-high interest rates that sink the economy instantly or … benign neglect that lets inflation kill the economy for many years to come. And right now they’re mostly the latter.

Investor Alert: These five charts prove that the stock market is on the cusp of crashing by 70%, maybe more.

But instead of cracking down on inflation, they’re doing what desperate politicians have done throughout history when inflation ravages their economy: Trying crack down on “evil speculators,” blamed for the “outrageous food price hikes.”

I witnessed something very similar when I lived in Brazil many years ago. Local friends of ours were grain merchants. So as part of their regular business, they naturally kept inventories of rice and beans in their warehouses.

When food prices doubled virtually overnight, the military government accused them of profiteering at the expense of the people, and hauled them into jail as soon as they protested. But the real culprit was the government itself, printing paper money like there was no tomorrow.

In Turkey, it’s also the government that’s at the root of the crisis. President Recep Erdoğan has been progressively building an anti-West dictatorship. That prompted global investors to drop Turkey like a hot potato, dump the Turkish lira and gut its value. Just over a year ago, it was worth almost 30 U.S. cents Recently, it had plunged in half — to less than 15 cents.

The disaster in Argentina is even worse!

Its yearly rate has just hit 40.5 percent; and in the most recent month, it hit an annual pace of 78 percent.

Imagine that. In the U.S., some folks at the Fed fret when consumer price inflation exceeds 3 percent.

Argentina’s is more than 13 times higher! 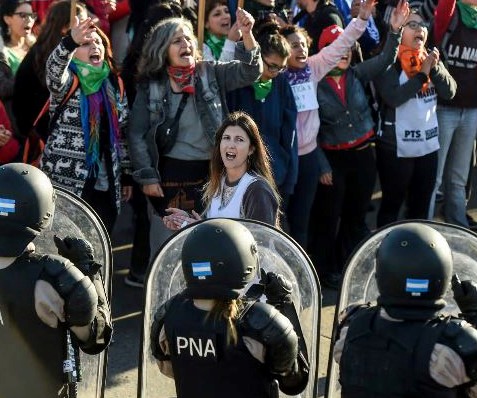 The Argentine peso has lost nearly half its value in six months flat, virtually guaranteeing more still worse ahead …

The Argentine economy plunged 4.2 percent in the second quarter, compared to the year before …

And desperate poverty has swept through the country like a tidal wave.

Public transport stopped. Schools and universities were shuttered. Banks closed. And it wasn’t the first time. Just since the new government came to power in 2016, the country has been shut down four times, as everyone asks what the next big disaster is going to be.

If you had a stake in the Argentinian market, would you hang around for the answer? I don’t think so. Like most global investors, you’d be hightailing it for the nearest exit door and the most attractive alternatives in stable, liquid markets.

Until now, its economy has been cushioned from Turkey and Argentina-type extreme disaster thanks to its membership in the European Union and the relative stability of the euro.

But behind the euro shield, the fuel for fiasco is powerful.

In other words, even if it were conceivably possible to apply every single cent of goods and services produced in Italy’s economy for three entire years to pay off the debts, it still would not be enough.

I’m also talking about stiffer and stiffer resistance from Europe to bail the country out.

This week, The New York Times explained it this way:

The European Union has sent the Italian budget back to Rome with a failing grade. Italian bonds are being pummeled in financial markets. Italy’s credit rating is perilously close to junk status.

Bond traders and European politicians should be worried about such things. But do they really matter to ordinary Italians and the rest of the world?

Unfortunately, yes. There can be dire consequences when interest rates spike and investors lose confidence in a country’s ability to pay its debts.

That is what is happening. On Friday, Moody’s Investors Service downgraded its rating of Italian debt to one notch above the level where it would no longer be considered investment grade — in common parlance, ‘junk’ …

Sinking confidence in Rome’s solvency could cause financial chain reactions that would be difficult for governments and central banks to control.

My view: That could also happen, but not right away.

The immediate, knee-jerk reaction is the same as we’re already seeing in Turkey and Argentina: Massive new amounts of flight capital jumping the ship of Europe and heading for the U.S. dollar.

For now at least, that means underlying buying support in the U.S. stock market — a force that helps hold the market up even in the midst of some panic selling by domestic U.S. investors.

How long that will last, however, remains to be seen.