The Hidden Mysteries Behind Easter 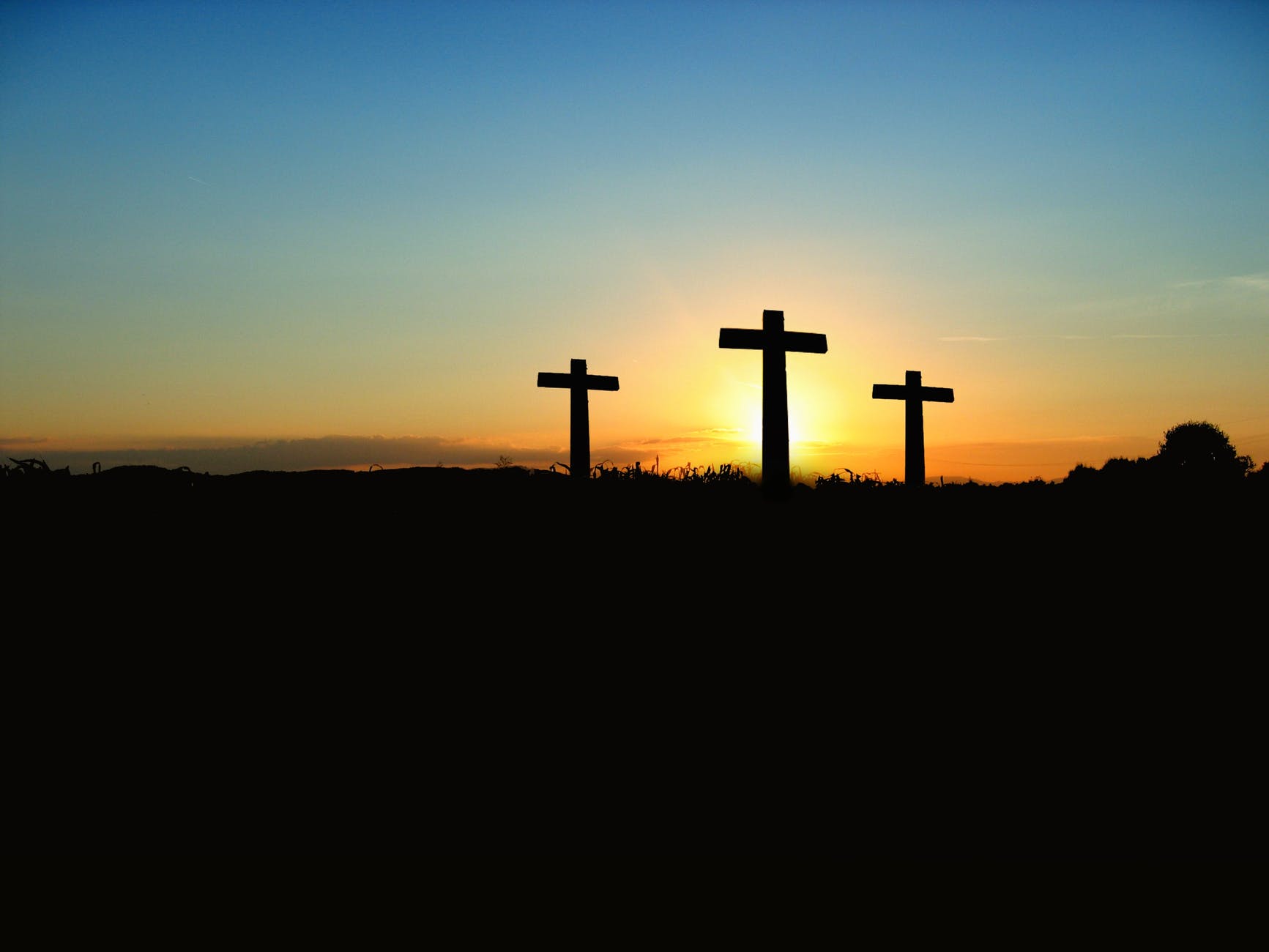 When Jesus entered Jerusalem on the back of a young donkey He was entering not as a glorious king but as a humble servant on a humble beast of burden. He knew he was keeping an ancient prophecy that said as a sacrificial lamb is received/taken into a home before Passover, so in the same way He was entering His Father’s House (Jerusalem) to be received before sacrifice. Around him he could see people taking lambs which would live with the family for a few days and then be slaughtered. He knew he was to be a Sacrificial Lamb too. He kept that grief and horror to himself.

This was done in part so that the children in the house would fall in love with the little pet and then feel the pain of loss when it was sacrificed for their sins. It was to teach them, and us, that our sins cause grief to God and The Holy Spirit and so there must be some sort of exchange in the covenant; eye for eye, tooth for tooth, loss for loss, pain and suffering repaid with pain and suffering so we will remember to keep God’s Ways, not the ways of The Evil Enemy. Be good to one another, don’t lie, cheat, steal, give honor to parents, treat one another with love and kindness.

The younger American generation is very UNhappy and very much focused on doing whatever they must to gain more money. I see an endless series of advertising promising to sell me a course to start a business and make me and the course seller richer. Not just make a living. If you don’t have at least one very expensive sport’s car, a mansion and a private aircraft they make it seem as if you’re “nobody.” Did it ever occur to you how ridiculous this is?

This is a generation that, in my experience, cannot force themselves to be truthful – as if somehow it’s a legal liability to speak the truth. They behave as if they’re demon influenced! They use bodies like they use exercise equipment. The music is raucous, often filled with anger and hate. This is not a happy society and the people who follow this line of thinking are also taught to believe older people have nothing to teach them.

Quite to the contrary. The older people would like to show the young the way to happiness and inner peace.

If you want happiness keep God’s Commandments. Do as He teaches and be surprised as you see He blesses you and your life gets better and happier.

10.You must not desire to have your neighbour’s goods. You shall not be envious of his house nor his wife, nor anything that belongs to your neighbour.

(Sorry about that British spelling What would the English know about the English language anyway?)

The True Gospel is really quite simple. It explains there is ONE God, believe this truth and keep His commandments, and worship Him through the only Savior who died as the Final Sacrificial Lamb for our sins. (Why? The original covenant was that if we keep God’s Ways we live well, and can live eternally on a renewed paradisiacal earth. If we break God’s Laws we end with death.)

But more, The True Gospel says you will be drawn into/ grafted into God’s family, raised as one of His own, until you finally mature and then you shall be Like HIM! Wise and happy, ultimately aware, released from all of your emotional pains and upsets, loving and kinds,  and able to do much of what He does, even rebuild ruined planets and create new life forms! That’s what the discussion implies.

Easter for me in year 2019 is an invitation to YOU to learn more and make yourself one with God’s family. Admit you have not kept all the law and therefore you’re a criminal and a sinner (as we all are.) Beg through Jesus the Christ for forgiveness, promise (and keep that promise) to learn and to do your best to follow God’s Ways and His Commandments.

After all Jesus (which means Savior) did for us, he said, “If you love me, you will keep my commandments.” He is never a tyrant. He said, the yoke is easy and the burden we carry is light. He even gave you a choice.

You can go on filled with hate and anger, loveless sex, lies and sins, economic disasters, filth, pollution,  poverty, starvation and disease, political corruption and military might on the brink of nuclear exchange leaving nothing alive; OR, you can follow God’s Way, seek His protection from all these things, and live on a renewed Earth which will be cleaned up and made a paradise.

You can have eternal life in paradise, or the second death, burned up, blanked out, no longer aware of being aware, gone as if you had never existed, “The second death.”

It’s your choice. Easter and Passover invite you to be cleansed of your sins by the blood of The Lamb and start anew.

Before Jesus died every year the Rabbis at the temple would hang a scarlet blood red woolen cord beside the entry to the Holy of Holies and every year at the time of Atonement the cord was miraculously turned white.

When Jesus died on that cross there was a dense darkness, there was a terrible earthquake, the (approximately 6 inches thick) woven woolen curtain closing off The Holy of Holies from the rest of the sanctuary was rent in two from top to bottom. This signified that now men could come to God through Their Savior Jesus the Christ to be forgiven of their sins, because He/Jesus had been The Final Sacrifice!

I’m not sure the Rabbi’s exactly were sure about what had happened or what it all meant. I guessing they repaired that torn curtain.

From that year forward the red cord never turned white again. The burning of incense and prayers in the Holy of Holies was no longer necessary and God no longer entered there on that day to meet with the Rabbi and receive the sacrifice to atone for men’s sins. Now, the sins were to be forgiven for each of us by our honest and sincere request.

What I’ve told you is not a fairy tale. It’s the truth and it’s recorded in the ancient reports written by the scribes in the ancient Temple that stood in Jerusalem, until the Roman army destroyed the Temple in 70 AD (see this:

The Romans Destroy the Temple at Jerusalem, 70 AD)

There are many things we can say about Easter and many today don’t want to celebrate it because it is corrupted with symbols from the Babylonian ancient mystery religion, and Jesus never commanded us to keep Easter or Christmas or his true birthday (which was not in December!) But one thing most important I draw from the time of Passover and Easter and Pentecost is that again, and again, God stands at your (spiritual) door, knocks, and offers.

He said it that way. He did not say you have no door, or that your door is always open to Him. He implied that you have the right to keep your door closed to Him and He will not kick it down and force you to be one of his community. (Satan will do that, and many will bow to him at the point of a sword or at the threat of a gunshot, persecution, torture, or starvation, but Jesus never will.) Jesus will knock gently and offer you eternal freedom and happiness.

Will you accept His Offer?